SCCA, Center for Contemporary Arts – Ljubljana is a member of the Regional platform for culture Kooperativa based in Zagreb. As part of the two-day program of the 10th anniversary Forum of the Cooperative, a short curated selection of films from the DIVA Station archive Looking to the bright future! will be screened at the Movie night on Wednesday, 14th December 2022. The selection of films by Sara Bezovšek, RÁTNEEK (Maja Prelog and Blaž Murn) and Marko A. Kovačič was made by Peter Cerovšek, the head of the DIVA Station project group and Kooperativa board member.

From resilience towards sustainability: Building cultural ecosystems through regional cooperation

The southeastern region of the European continent, now formally composed of EU member states and the WB6 group, remains a fragile, if resilient, cultural ecosystem. Developing in the shadow of past military conflicts, political tensions and economic transition, it is also a space of vibrant cultural and artistic communities. This region has pioneered in developing independent contemporary cultural organisations and practices which are actively (re)shaping progressive answers to pressing social challenges. One of the key ingredients in its success so far has most certainly been its dedication to continuous cultural cooperation in the region. This not only strengthened the ecosystem through exchange and dialogue, but also helped articulate the challenges (and solutions) specific to this cultural and geographical space (especially in the wider European context).

At the same time, the framework and mechanism for this cooperation remained limited/narrow and it is precisely from this challenge, as well as from the continuity of encounters and exchanges, that Kooperativa was born a decade ago. Ever since then we have dedicatedly worked on preparing the grounds for the stabilisation of regional cultural cooperation, through a mechanism based on a bottom-up approach and the affirmation of participatory cultural governance.

In this celebratory year, we once again bring together artists, cultural workers as well as policy and decision makers across fields and borders to reflect on the past, present and future of cultural cooperation in SEE (and beyond).

The Forum brings examples and good practices of existing mechanisms for regional cooperation across Europe (and the Globe) and bottom-up approaches to stabilising cultural cooperation. It opens up the question of the role of culture in international development. Lastly, it calls for a joint endeavour to think about what sustainable cultural cooperation in SEE will look like in the future.

To participate in the program of the Forum, please register here.

Movie Night with Dokufest and SCCA-Ljubljana

Looking to the bright future!

Three films about the destruction of the world and forms of survival.

With her work www.s-n-d.si at last year’s FeKK, Sara Bezovšek convinced the jury and received the Grand Prix award, and above all shocked the audience with impressive images of the terrible consequences of environmental destruction and the endless possibilities of our extinction. Most people, faced with a catastrophe in sight, rather than seeking a solution in a change of lifestyle, decide to repeat the cycle of denial and escape into their own everyday microcosm of meaning, instilled in us by the capitalist system.

Maja Prelog and Blaž Murn (RÁTNEEK) also received the Grand Prix at the FeKK festival in 2016 with their film 2 0 4 5. The jury awarded them the prize for the film’s architectural aesthetics ccompanied by a peculiar soundscape leaving the audience in a timeless space.

The video Forth Into the Past by Marko A. Kovačič deals with our understanding of the distant future, presented through a concrete example of the 23rd century archaeology. A narration of a professor archaeologist leads us through the story as he guides his student through one of the main archaeological sites in the City of Catastropolis, where so-called Plastoses, who (will) survived the atomic catastrophe live. These half-organic half-mechanical creatures form a comprehensive civilisation of Plastos, which is the author’s subject in a series of his installations, performances and videos. The author combines a well-crafted imaginary scenography with performance elements supplemented with digital animation. 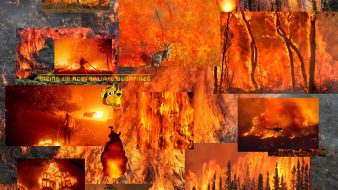 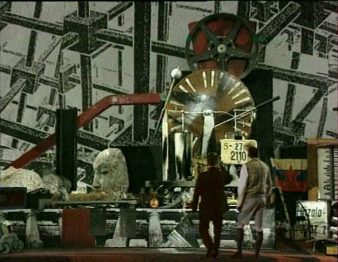 Maja Prelog and Blaž Murn express themselves through the art of film, architecture and other art forms. Their works have been presented at home and abroad. Together with Tomaž Lešnjak they work together as RÁTNEEK. Maja Prelog is a film director, Blaž Murn is an architect.

Marko A. Kovačič is a multi-media and interdisciplinary artist who has made an important mark on the Slovenian cultural space with his works. His forty-year opus includes art films and video works, performances, installations and environments. The specifics of his practice are the integration of media, imaginary narration, changing roles and personal identities.

Peter Cerovšek is actively involved in film in various roles, he is the director and selector of the FeKK Short Film Festival in Ljubljana; President of the Kraken Society; head of the DIVA Station archive project group at SCCA-Ljubljana; co-founder of the screenwriting workshop “Kartka scena”; selector of the program of short films “Europe in short” at the Ljubljana international film festival Liffe.

DIVA Station is a physical and web archive of video, film and new-media art which has been developed since 2005 at SCCA-Ljubljana with the intent to research, document, present and archive video/media art.

Production of programme Looking to the bright future!: SCCA-Ljubljana/DIVA Station