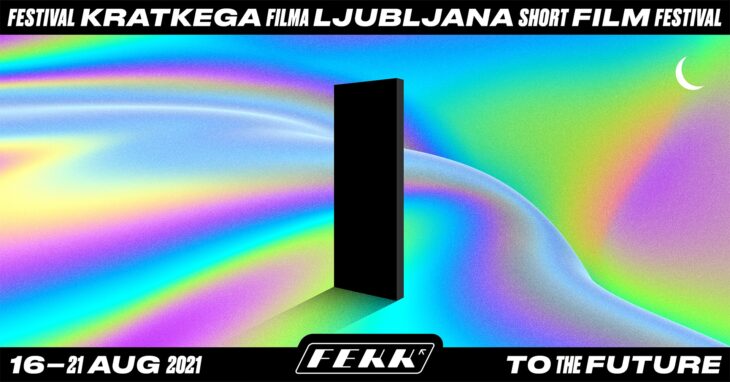 The upcoming 7th edition of Fekk – Ljubljana Short Film Festival which runs from August 16 to 21, will feature 29 screenings and various events, as well as more than 130 short films from 34 different countries. The films will be screened at different venues in Ljubljana, including the open-air cinema and hall of the Slovenian Cinematheque, Metelkova Museum Platform, Kinodvor and ŠKUC Gallery. The accompanying events will include the exhibition IZLAND: Lab Loops IX at SCCA-Ljubljana’s Project Room.

This year’s festival theme, FeKK: To the Future! deals with different visions of the (uncertain) future and the possibilities that arise from the present, as well as with the questions of where we are now, how we got here, what lies ahead and how we can deal with it all. As in previous years, the focus will be on two competition programmes. For the first,  FeKK SLO‘s national competition, 140 entries were submitted, and 20 Slovenian short films were selected for the running. This year, for the first time, the international segment of the competition has been expanded under the new name FeKK BAL, presenting short film productions from the former Yugoslavia as well as the most exciting short film works from the entire Balkan region. Thus, this year’s selection will also include films from Romania, Bulgaria, Greece and Albania. The winners will be decided by an international jury composed of Doris Bauer, Stefan Kruse Jørgensen and Jurij Meden, and a jury of film critics composed of Igor Harb, Simona Jerala and Natalija Majsova.

The festival also boasts a number of carefully curated sections and various guest appearances. For example, the Hommage will present a selection of episodes from Kino-Pravda film newsreel series by Dziga Vertov, a giant of Soviet cinema, with live musical accompaniment by Boštjan Narat, while Instant Kult will feature works by the Danish filmmaker Stefan Kruse Jørgensen. This year, FeKK is also hosting the prestigious Vienna Shorts Festival an international short film festival that qualifies for the Academy Awards awards, among others. In collaboration with Slovenian Film Archive we have once again put together a historical short film programme entitled The Lost World / How to live? while the curated programme of short film classics entitled The Worlds of Tomorrowto be a treat for cineastes.

In addition to the programme of films, ŠKUC Gallery will host the festival’s industry programme PROFeKK in the form of lectures and meetings. This will be complemented by the film criticism workshop Sharpening the Gaze (Ostrenje pogleda) and the screenwriting workshop Short Scene (Kratka scena), which will extend beyond the festival period.