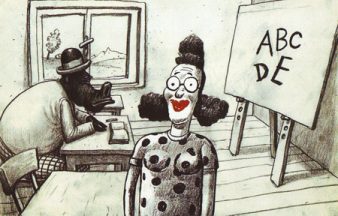 Zvonko Čoh and Milan Erič, authors of the first Slovene animated full-length film Socialization of the bull? (78 minutes, produced by ŠKUC, Emotionfilm, RTV Slovenija, 1998) took us behind the scenes of this animated film. In their own and humorous manner. 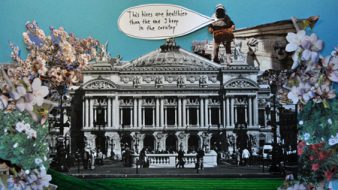 Polonca Lovšin: Back to the City

The exhibition and presentation of work of Polonca Lovšin, a versatile locally and internationally recognised artist who works in the field of artistic intervention, public art, video performance and animation. 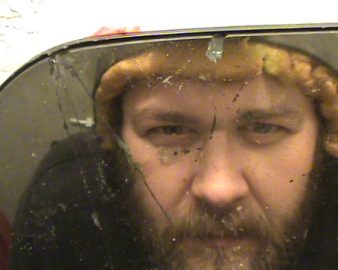 Tomaž Furlan has been working on his sculptural and video project in progress, entitled Wear, since 2006. This is already the twelfth edition in the series. The artist says that Wear is “some sort of a critical reflection on the basic use of interactive works or, as it were, sculpture, which have emerged as extended body functions in a forced process”. 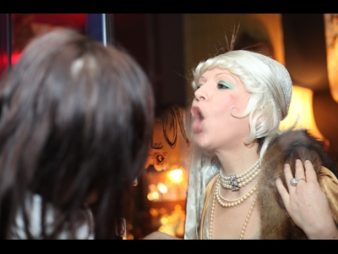 To elaborate upon the subject of practicing theory from the artist’s point of view, first of all we (artistic tandem GioGio) would like to give a short insight into the work of one of the most influential and controversial artists of the 20th century – Joseph Beuys.