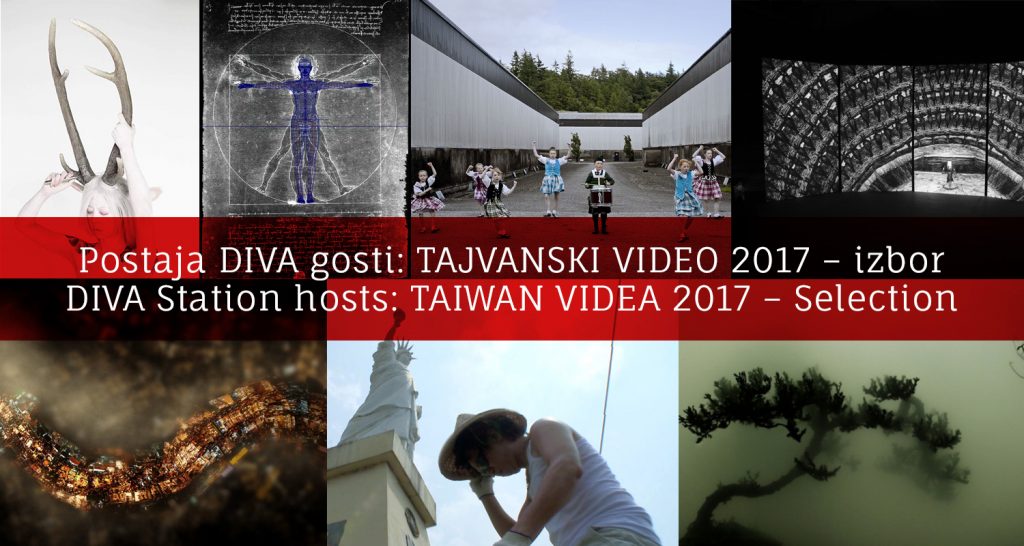 The 12 creative videos from Taiwan (Lin Peychwen, Huang Zan-Lun, Chen I-Chun, Zhang Xu Zhan, Wang Ding-Yeh, Ho Wei-Ming, Wu Tzu-An, Pu Shuai-Cheng, Chang Huei-Ming, Tsui Kuang-Yu, Wu Chi-Tsung, Jawshing Arthur Liou) will subvert the international audience’s impressions on the Taiwanese culture and arts, crossing over the boundaries of fine arts and pop culture. The issues of TAIWAN VIDEA are not only related to Taiwan itself, but also to the contemporary problems in the world. Creative thinking with universal value is the fundamental necessity of avant-garde images with subversive power.

Film art is an important artistic expression in the contemporary visual culture. The charms of images dominate the lifestyle and way of thinking of our new generation. Among the Taiwanese contemporary arts, video art and experimental films enrich the visual aesthetics and symbolic meanings with their own critical character, originality and diversity. The internationally-awarded creative videos from Taiwan might become a fleeting glimpse of beauty.

The curatorial project TAIWAN VIDEA is to converge the creative energies and aesthetic features of film art, including video art, performance art, experimental films and animations, digital animations, etc. The depth of these videos refers to many facets of human beings’ living conditions: the alert about the consequence of human desire challenging God with technology and civilization (Lin Peychwen’s Making of Eve Clone I), criticizing the desire law of chasing after the ‘Progress’ deteriorating humanity (Huang Zan-Lun’s Double); revealing the beautiful lies constructed by the authorities (Chen I-Chun’s The Piggy Song), the seriousness of the collective consciousness manipulated by the contemporary media (Zhang Xu-Zhan’s Ritual of Cathode Ray Tube); a nutrition taken as a metonymy to criticize politicians devouring people’s future dreams with empty promises (Wang Ding-Yeh’s Beef-Wonderful Promises), analogizing the images of the New Year’s Eve fireworks and a candle as a metaphor of the contradiction between the celebration of a country’s future and the sacrifice of martyrs (Ho Wei-Ming’s Over My Dead Country); the danger and paranoia of overexpanding self-consciousness (Wu Tzu-An’s Disease of Manifestation), the spatial imagination of an individual searching for the freedom of his body and mind (Pu Shuai-Cheng’s Secret Plane-Immense Floating); the intimacy and mystery of cultural encounter breaking the cultural stereotypes (Chang Huei-Ming ‘s Tough Town), questioning about simulated scenery in everyday life (Tsui Kuang-Yu’sInvisible City: Taiparis York);with a new way of seeing to explore aesthetic possibilities of representing the oriental landscape painting (Wu Chi-Tsung’s Landscape in the Mist), Leviathan-like monstrous image composited from a dozen footages filmed at an open night market to show  the danger of consumption (Jawshing Arthur Liou’s Insatiable).

Yunnia Yang is a curator, art historian and art critic based in Taipei, Taiwan. She has received the MA in Art History from St. Petersburg State University in Russia in 1997, and PhD in Arts from National Taiwan Normal University with the thesis ‘Study on “the Paranoiac-Criticism” of Salvador Dalí’ in 2009, with which she was awarded S-An Aesthetics Award in 2010. During this period, she managed all kinds of exhibitions, performances, and art events in Taiwan. Since 2011, she has launched the long-term curatorial research on ‘ The Postmodern Condition in the contemporary art of Russia and Eastern Europe’. Hong Kong World Cultures Festival 2013 has been devoted to the focal theme ‘Lasting Legacies of Eastern Europe’, and has invited Yunnia Yang as a guest speaker to share her two-year research and observation on Russia and Eastern Europe. Her representative curatorial projects are “ The Apocalyptic Sensibility: The New Media Art from Taiwan” (WRO Media Art Biennale 2013, Taipei Fine Art Museum in 2015), “Imagining Crisis” (MOCA Taipei in 2014, the contemporary art centers in Poland, Serbia, Bulgaria, Colombia and 34th Asolo Art Film Festival during 2014-2015) and “ TAIWAN VIDEA: the Taiwanese Avant-garde Video Exhibition” ( 2015 Asolo Art Film Festival).  In 2016, she is also invited by Asolo Art Film Festival Committee to present “Eco as a verb” as Focal Theme Exhibition of the 35th edition film festival and another video project “Taiwan VIDEA2.0:Cultural Encounter” . In May of 2017, these two projects has been invited by the Museum of nonconformist art (MoNA) and the Pushkinskaya-10 art centre to to participate in the official program of the St. Petersburg Museum Night 2017. In addition, the curator Yunnia Yang has been invited by the 34th-35th Asolo Art Film Festival as an international jury and has eventually been selected by the international jury board as the President of the 34th Asolo Art Film Festival’s International Jury Board. Dr. Yunnia Yang is currently the Adjunct Associate Professor of the Department of Sculpture at the National Taiwan University of Arts.

The artists can present their works by using different media and program tools for presentation on computer screens, television sets and wall projections. The audience is encouraged to reflect the works and intervene in the discussion and thus add to the interpretational level of artistic practices with their feedback.