When I wake up, I am going to make something

The program introduces the video Going Where by Nataša Prosenc Stearns, from the artist’s series of short haiku videos depicting the constant flow of travel in an urban environment. The artist moves the traffic jam on the road across the screen, thereby emphasising the apparent aimlessness or (non)meaning of modern haste.

The work For-Nothing was created as a video documentation of a three-day artistic action by Neža Knez. She started digging a hole in the middle of the lawn in the park. When she couldn’t dig anymore, she filled the hole back up. The static camera records the various stages of digging, the interaction with fellow workshop participants and random passers-by, who are actively involved in what is happening or just observing from a distance.

When I wake up, I am going to create something beautiful by Vesna Bukovec poetically reflects on the difficulties in finding new ideas and creative self-censorship as common aspects of the artist’s work. “Flickering night shots of blossoming plants in the forest symbolise flashing and passing of thoughts, concepts and images that arise the moment before we fall asleep,” the artist writes next to the video.

The video Still Life II by Ana Sluga is a static recording of a meadow with trees on a foggy autumn morning, through which we can hear part of an interview with the economist Milton Friedman, a defender of the free market and liberal capitalism. Friedman explains how to spend and be careful with money management. Just as the bushiness of the treetops slowly declines in the video, so does the description of care in handling money relative to its ownership. Such comparisons of nature with economics call into question the frequent understanding of economic theories as immutable natural laws.

Danilo Milovanović‘s video Longcut covers the artist’s intervention, which he carried out directly next to a shortcut in an urban space, but by creating a long cut. The author sets the shortcut as a metaphor for the modern economy of time in public space when every chosen minute and every saved step counts due to the fast pace of life. The distance starts and ends at the same points as the short cut, thus becoming, according to the artist, an alternative of an alternative, and the gesture of uneconomical walking is at the same time a performative act that opposes the constant haste.

The program ends with the video Aquarium by Damijan Kracina, with an underwater recording of rainbow trout, one of the species that, due to man’s excessive and irresponsible exploitation of nature, has begun to displace the Soča trout. Fish swim from one side of the screen to the other, out of the frame and back again. 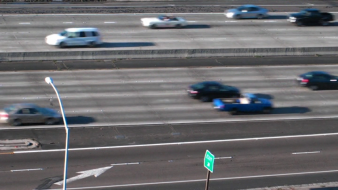 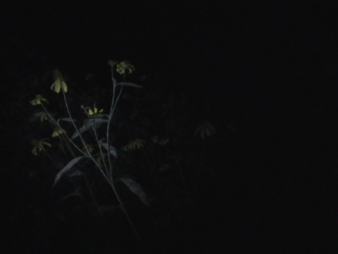 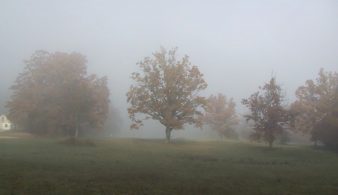 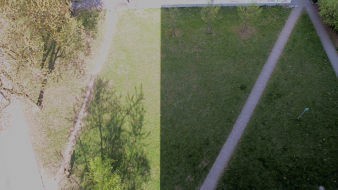 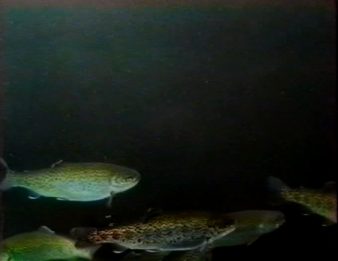 Production: SCCA-Ljubljana/DIVA Station
The programme supported by: City Municipality of Ljubljana – Department of Culture and the Ministry of Culture of the Republic of Slovenia