From the Archives of the DIVA Station: Online and Common

We will watch a film by Anja Medved and Patricija Maličev, in which they discuss the puzzles of humanity with creators, scientists and philosophers. The debate is on environmental issues from philosophical perspectives. Are we at odds with nature due to rapid technological developments? The screening will be followed by a conversation between the selector Irena Borić, the artist Anja Medved and associate of the DIVA Station Vesna Bukovec. 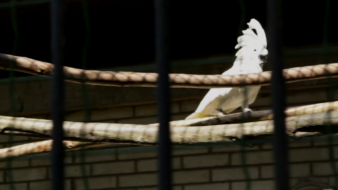 Anja Medved (1969, Nova Gorica) is the author of documentaries, videos, and theater performances. She studied theater and radio directing at the Academy of Theater, Radio, Film and Television in Ljubljana. After graduating, she continued her education in Los Angeles, where she created in the field of video and performance as part of the Microinternational collective. Upon her return, she participated in Marko Peljhan’s stage projects and assisted in theater performances at Drama, Mladinsko Theatre, and Primorsko dramsko gledališče. In 1997 she directed the play The Night after Michelangelo Antonioni’s film, named the same. She realized her first solo video exhibition entitled Frequenze Notturne in 2000 at the Kapelica Gallery. She has directed more than 20 documentaries, in which she focuses primarily on researching the relationship between personal and collective memory of the border area. She realized most of the films and projects in tandem with her mother Nadja Velušček within the cross-border organization Kinoatelje. She is the co-founder of the KINOkašča / CINEMattic Institute – a film production and memory storage facility. She lives and works in the Goriška region.
Anja Medved at the DIVA Station