The second edition of the new programme of screenings and talks on art, video, and film – VideoGarden (VideoDvorišče) in the inner courtyard of the Škuc Gallery, brings a curated selection of new acquisitions of the DIVA Station, Video, Film and New Media Art Archive. In recent months, SCCA-Ljubljana has been intensively acquiring new works and enriching the archive by about 100 new units. Only a sample from numerous and diverse artistic productions created in recent years will be screened.

Beyond the visible
New acquisitions of DIVA Station

The selection is compiled out of the archive’s new acquisitions and represents an insight into the diverse contents and approaches by authors of several generations with unique visual and conceptual styles. What they all have in common are expressions of varying degrees of discomfort and anxiety that pervades the present time.

In Uršula Berlot’s Inverse Space (Inverzni prostor, 2017) microscopic visualizations of chemical and physical processes not visible to the naked eye sharpens the view of a parallel microworld. This invisible world can greatly affect our everyday reality, which we are especially familiar with in times of coronavirus pandemic. Irresponsible human action affects the environment and has far-reaching consequences for the planet. The picture of our future is hazy, which is shown in the two-channel video Alma Mater (2018) shot with a lens made of melting ice from the Ice Cave by the artist duo P L A T E AU R E S I D U E (Eva Pavlič Seifert and Aljaž Celarc). Inertia and unresponsiveness are portrayed as an ethical problem by Matevž Jerman and Niko Novak in the poetic short experimental film She Blinks and Flowers Tremble (Ona ​​mežika, cvetje drhti, 2017). An unusual experience of a group of friends, reflecting the fear of the unknown is presented in the short feature film We have all been here since forever (Vsi smo tu že od nekdaj, 2016) by Neža Grum, Peter Cerovšek and Matevž Jerman. The existential fear and feeling of entrapment in the illusion of freedom is addressed with the use of glitches – codec errors that unpredictably distorts the image – in the two-channel video I would go poof! (2017) by artist duo Lealudvik (Lea Jelenko and Matjaž Komel). The artist duo Small but dangers (Mateja Rojc and Simon Hudolin) also take a humorous approach to the manipulation of the digital image. In the video Celavi_3.ppsx (Baldie_3.ppsx, 2013), which is actually a Powerpoint animation, they make fun of the popularization of yoga as a widespread form of self-help therapy. Collaging visual quotes from popular culture and the web is a feature of Sara Bezovšek’s artworks. In Sextortion (2019), part of the wwwiolenc=3 trilogy, she puts together a story about the pleasures and consequences of irresponsible use of the Internet and digital technologies. In the music video On the Run, an American song (2018), Emil Memon blocks the movement he sings about with an almost static image and illustrates the entrapment in a world from which we cannot escape. 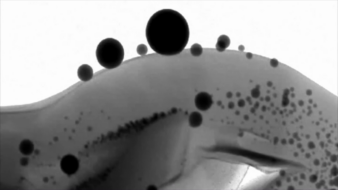 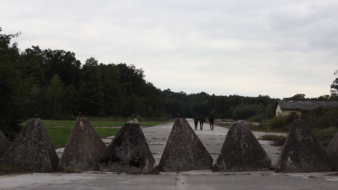 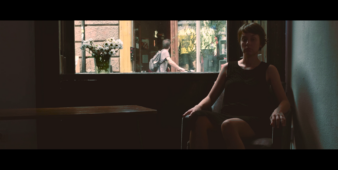 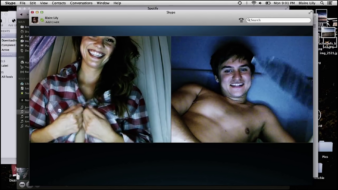 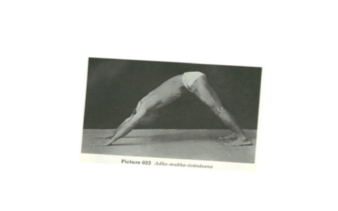 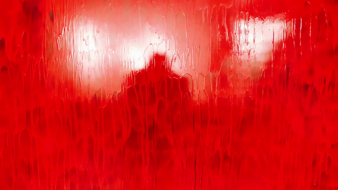 The event will be held in accordance with the recommendations of the National Institute of Public Health.

The event will be postponed in case of rain – we will inform you about the new date via social networks and the websites of the ŠKUC Association, Škuc Gallery and the Center for Contemporary Arts SCCA-Ljubljana.