The selection of works in the eighth program of VideoGarden aims to bring closer the works of authors who directly and indirectly touch different worlds – they fluidly move between reality, dreams, gender, body and between spaces of expression that authors explore and seek common ground. The selected works are in a way related to dreams, where such intertwining seems possible and real. You can join us for the screening on Thursday, September 9, at 8 pm in the inner courtyard of the Škuc Gallery.

All paths lead to dreams

Neven Korda, in his work Angelic Wreath at Speed ​​(2006), explores artificial worlds and questions reality. Sašo Sedlaček, in the video Picnic on a Dump (2004), uses the ugly environment of the landfill for a picnic and combines artistic actions in an extreme environment. In the short film Woodman’s Bizzare Dream (2009) we explore the dreamier sphere created by Matevž Jerman and Aleksander Pejić which when viewed transfers the dreamy tension into reality. In the video performance Code I (2000) by the artist Duba Sambolec, the artist deals with automated cliché phrases, which in the performance lose their original meaning, deconstruct, become annoying, automated and go through this same cycle again and again. The performances thus touch on the individual’s will and control in rebellion and the fight against pressure and abuse. Video Water Glove (2015) from Nataša Prosenc Stearns combines and explores the real hand with an impossible water glove and thus creates a new, in real life impossible phenomenon. In her work Ballabende (1995), Jasna Hribernik takes us into romanticized contrasting worlds that respond and intertwine with different musical genres. Video Pissing (2002) by Martina Bastard, Mateja Ocepek and Nataša Skušek transcends the gender spectrum with a simple standing urination campaign. 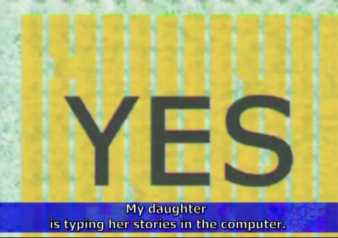 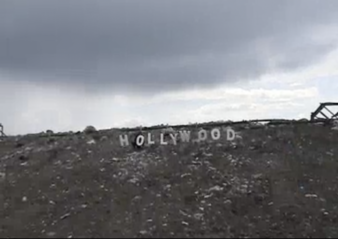 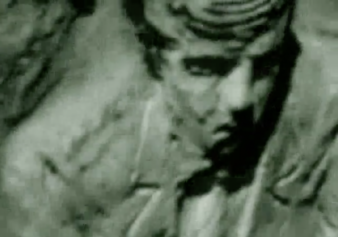 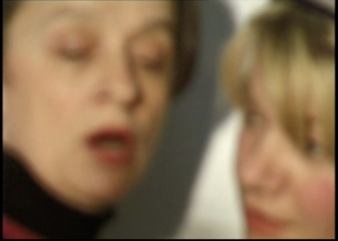 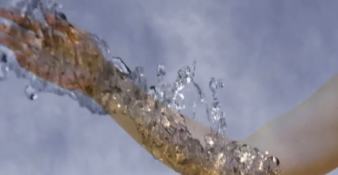 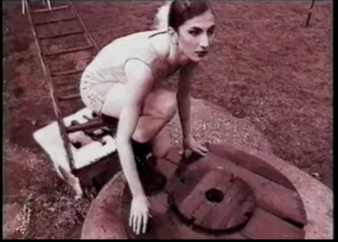 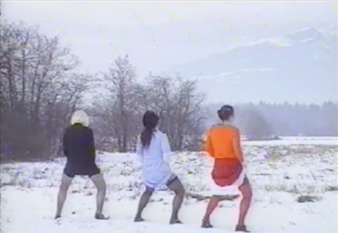 Anne Elisabeth Tassel (1995) is a graduate of digital arts (School of Arts UNG) and a post-graduate student of video and new media at ALUO. In 2020 she curated a pop-up exhibition with Gallery 7:069 at Kino Šiška. For the forth year at FeKK (Ljubljana short film Festival) she co-curates Internet Archeology programme and was a selector of this years FeKK BAL competition programme. Her creative field spans from video, (short) films and curating, but still prefers being a veiwer the most.

The Kraken Short Film Promotion Society strives to promote short film as an independent film form and to spread film culture in the broadest sense. The main project of the Kraken association is FeKK – a short film festival in Ljubljana, which had its sixth edition in 2021.