From the Archives of the DIVA Station: Body and Identity

The selection of works from the archive was prepared by Vesna Bukovec and takes us on a walk from a micro view of body particles that are visible only by using the digital technology (Bodyfraction), through the possibility of experiencing dispersed identity in VR space (Liminoid), online identity and violence (Cyberstalking), face-covering (Self-portrait) – today we can also think of it as protecting personal identity – to the loss of identity in a macro view of a group of people (Tense Present: Šum fotonov/ Photon Noise), who are no longer perceived as individuals with their own story, but as pixels, decomposing in a media-shared image. The intertwining of the development possibilities for humans and society that technology offers us as opposed to various types of abuse. The screening will be followed by a talk between the selector Irena Borić, the artists and curator and associate of the DIVA Station Vesna Bukovec. 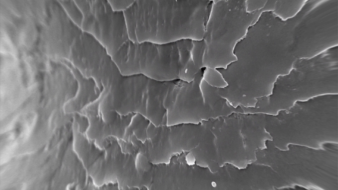 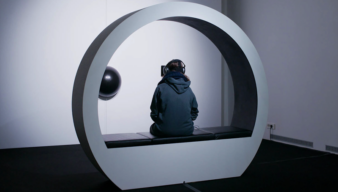 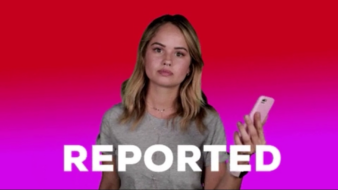 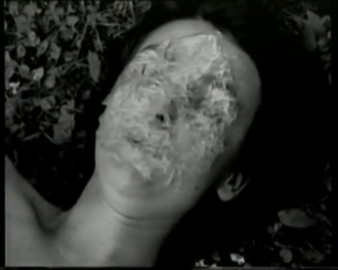 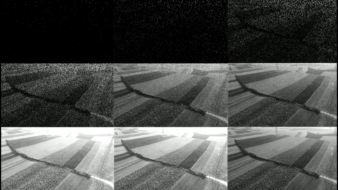 Uršula Berlot (1973) studied philosophy at the Faculty of Arts in Ljubljana for two years after graduating from the High School of Natural Sciences, then painting at the Academy of Fine Arts and Design of the University of Ljubljana and the Ecole Nationale Supérieure des Beaux-Arts in Paris. She obtained her master’s degree in 2002 and her doctorate in 2010 at the Academy of Fine Arts and Design of the University of Ljubljana, where she has been teaching at the Department of Theoretical Sciences since 2009. She works as a visual artist, art theorist, and lecturer interested in the intersections of art, science, and philosophy. She focuses on invisible and immaterial aspects of reality in artistic creation, often using technologically advanced optical research tools (radiology, microscopy) to explore liminal aspects of perceptual experience. She interweaves different media and genres in experimental and research-oriented artistic practice, such as light and kinetic installations, video, drawing, and virtual digital art. In transdisciplinary projects ˗ video works and light and kinetic installations, she explores various forms and expressions of psycho-emotional spaces, the aesthetic and technical potential of simulated nature, and the relationships between mind, body, and techno-media.
Uršula Berlot at DIVA Station

Sara Bezovšek is a visual artist active in graphic design, new media, and experimental film. In her work, she collects, stores, and collages the visual references she encounters while browsing online and watching movies and TV series. Through appropriation, she creates new narratives, interested in what people watch and share on social media, how visual material is broadcast on the internet, and how it changes and affects users. In the context of the post-internet paradigm, she thus creates a space where online content and internet references are a consistent and indispensable part of the world we live in.
Sara Bezovšek at DIVA Station

Aleksandra Saška Gruden completed her sculpture studies at the Academy of Fine Arts and Design in Ljubljana. Since 2006 she has held the status of self-employed cultural worker. As a multidisciplinary artist, she is involved in sculpture, spatial installations and interventions, video, performance, photography, scenography, and drawing. In her works, she discusses themes such as the human body and its limitations, the relationship between the private and the public, the intimate world of the individual, the image of women in modern society, and cultural heritage. She regularly exhibits at home and internationally (Austria, Italy, Great Britain, Serbia) where she presents her work in solo and group exhibitions. She is the author of several public installations in Slovenia (Grosuplje, Kranj, Celje) and abroad (Austria, Croatia). For her work she received: the 2nd prize for Slovenian photography of the year, awarded by Emzin magazine, the 3rd prize for video at the exhibition Man-Monument (Velenje) and in 2016 the prize of the Designers Society of Slovenia for the project Zidnice (EPK Maribor). She often collaborates with other artists (Nataša Skušek, Saba Skaberne). She led many sculptural symposia and exhibition programs (Video Dinner and Showcases), of the MFRU Festival, and series off talks (Tea Party for Art, O:MIZA). She works as a cultural critic and is the president of the artist council of Ljubljana Fine Artists Society.
Aleksandra Saška Gruden at DIVA Station

Jasna Hribernik (Maribor, 1959) lives in Ljubljana and works as independent film director, video and intermedia artist. After graduating in film and TV directing at the AGRFT in Ljubljana she started to make videoart and explored the video image and the placement of video and light in the architectural space. On the other hand, she devoted herself to auteur documentary. From 2000 to 2002, she attended the Documentary Master School in Munich. Many documentaries have been screened and awarded internationally (The Bells of Chernobyl, The Last Boat, Concerto for Mobile Phones and Orchestra, The World Didn’t Know It Landed in a Song, Vitanje in Space: Sunita, Infinite Beginning, Symphony of Sorrowfull Songs, Next Station Kiosk). She is often a camerawoman and editor herself. She has shown her videos and Videospaces at home and abroad (Ars Electronica Linz, Tokyo Art Video Festival, Venice Biennale of Fine Arts: Staircase, Ballabende, NewMoscowYork, Lifestream, Revealed, Night Flight, Albedo, (Post)production, Tense Present, Communication Echolocation). In her works, she critically responds to the changing world and the position of man in it. At the School of Arts of the University of Nova Gorica she has been working as an associate professor since 2012, lecturing Space and Time in Moving Images.
Jasna Hribernik at DIVA Station