with the artists Eriz Moreno, Valerie Wolf Gang and the curator Kateřina Lenzova 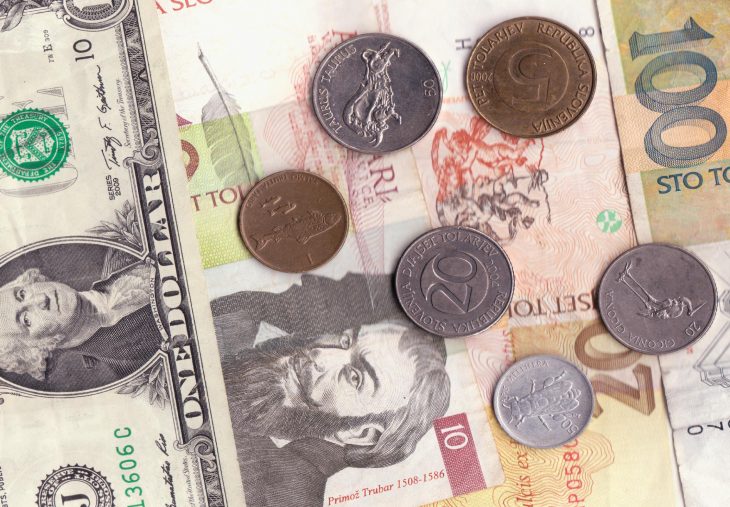 In cooperation with Alkatraz Gallery / KUD Mreža you are cordially invited to attend the discussion entitled Artist Abroad – discussion about artistic mobility and its influence on art with the artists Eriz Moreno, Valerie Wolf Gang and the curator Kateřina Lenzová.

The discussion in Project Room SCCA is a pre-event for the exhibition Trk / The Clash / Coque / Střet, which will be opened a day latter, on Tuesday, 4 April, 8pm in Alkatraz Gallery.

MORE ABOUT THE EXHIBITION

The exhibition brings together three people: the artists Valerie Wolf Gangand Eriz Moreno and the curator Kateřina Lenzová. They personally met here in Ljubljana in 2016 which resulted in a joint project. The unifying theme of this project is the subject of artistic mobility, which has currently a significant impact on artistic practices and interdisciplinary co-operations.

The works presented at the exhibition were made during international artistic residencies. They demonstrate how a new and foreign environment affects artistic creation and the artists. Staying abroad involves constant confrontation of opinions, attitudes and values, providing the artists with a rich source of inspiration and new experiences. In their works the artists reflect not only the world around them, but also their position in it.
A distance from the familiar environment enables people to look at a new reality with increased sensitivity. The person – by crossing borders – also exceeds their own limits of perception.
The artists work with the symbols that are entirely familiar in the country, but exactly this point of view – of a foreigner – may thematise the topic anew, thanks to a different perspective, in a different form and with a real detachment.

Triglav – by Eriz Moreno – is a part of the Bratstvo / Jedinstvo project, whose objective was to research the concept of Brotherhood and Unity of Yugoslavia by documenting the defunct federation’s past and present, with emphasis on its recent history. The installation is dominated by four TV screens offering four different perspectives on the very peak of former Yugoslavia. The author brings us at the foot of the mythical mountain Triglav – named after one of the ancient Slavic deities whose three heads represent the sky, the earth and the underworld. The mountain has been depicted in folk tales, mythology, poems, song and old paintings. In modern history Triglav is the main part of the national coat of arms of Slovenia. The additional images, collected by the artist during his stay in Slovenia, help complete the entire installation and show the mountain in the whole context – as a result of geological process and as a national symbol with its own history.

Hunting for America by Valerie Wolfgangis a reaction on the idealized image of the New World and its unlimited possibilities – especially during the endless crises, continually resonating in our society. The artwork is an answer to the utopian view that the US provide a “better life“and it offers a simple solution to the discomfort of (particularly Eastern) Europe. The author travelled across the ocean in order to test this theory in practice. The result of the research is an interactive piece, revealing the process of surveillance and breaches of one’s privacy, inviting the audience to participate in it and experience it directly, as the one who does not try a certain thing on their own, can hardly believe that things are somehow completely different.

Artist Mellifera Carnica by Valerie Wolf Gang – The title of the installation comes from the Latin name Apis mellifera carnica (Carniolan Honey Bee) – the bee which is found almost around the globe, but whose origin is based in the northwest of Slovenia – Gorenjska. The columns representing the beehives are full of personal memories and moments from the author’s travels. The flying creature leads us to all the places the artist wandered about during her residencies in the last five years.

Eriz Moreno (*1982, Bilbao) – a Spanish artist, living in Bilbao, at the time at an artistic residency in Ljubljana. During his stay he took his own pictures while collecting photos, images and other archive materials about the history of the former Yugoslavian countries, which he then used in his artworks. This approach is in line with his long-term intention of documenting and presenting a particular local history and its interpretation.

My projects are related to my experience with the territory; in this sense that after travelling all around former Yugoslavia, the chance to stay in Ljubljana for a lengthy period of time was helpful in my research directly at the very place as well as for the better understanding of the idiosyncrasy of this concrete region. Yugoslavia is a big term, and there are as many perspectives of it as there are people living there, so I was not pretending to be working an art historian in a museum at all, because I am not interested in official points of view, but in creating my own theory. This is how the Triglav project started, from my overseas perspective; I am not able to understand the symbols in the same way as the locals, but I can observe them… Triglav, together with the river Vardar (now in the Republic of Macedonia), was the symbol of Yugoslavian »brotherhood and unity«. Triglav is now in the flag of Slovenia and climbing it is a rite of passage, … but in reality (scientifically and from my own foreign point of view) it is just a mountain.

Valerie Wolf Gang (*1990, Ljubljana) – a Slovene artist living in Ljubljana, then staying on the US West Coast. She often creates new media installations using new technologies. Her artworks respond to cultural and social issues related to different environments while travelling and working abroad. She doesn´t understand cultural and social differences as an obstacle that should be bridged, but more as a stimulus for her self-reflection or self-knowledge.

Through the evaluation and analysis of my work, I now see the path that was influenced by the change in my surroundings while I was staying at different artist-in-residence places and that evolved my creative thoughts and processes. I learned a lot about different techniques, was inspired by works of other artists, and most importantly I was more inspired in order to create new works of art. Through the conversations that I had had with other artists, students, and professionals, I realized that we are all looking for similar things; to see the world with the curious eyes of explorers and convey our vision to other people through art – regardless of the borders or differences in our cultures.

Kateřina Lenzová (*1989, Prague) – a Czech curator living in Prague, at the time on an internship at KUD Mreža, in Ljubljana. She mostly focuses on similarities across artistic genres in view of an interdisciplinary collaboration.  Her activities often relate to theoretical or social issues.

Travelling means independence – I don´t mean only that we can freely move within a territory, but especially within thinking. The topic of this exhibition is very concrete, and the whole concept emerged naturally and with no big explanation. The basic principle is still the same. Any new environment works as a catalyst; we have to quickly integrate into a society that already has some structure. But we are not expected to become part of it. We are temporary observers and that, I think, is what really drives us to action, to react.

Discussion in collaboration with: SCCA-Ljubljana