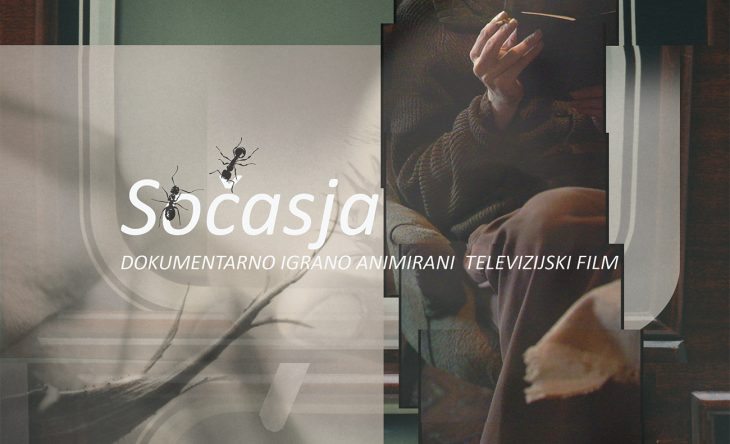 We are informing you about the premiere of the TV documentary directed by Miha Vipotnik. His video works are just now being re-viewed and re-archived within the DIVA Station archive.

The film Concurrences speaks about a poet – the protagonist, who receives a message at the release of his new poetry collection that the long lost video tapes of the late author and poet Jure Detela have been found.

The documentary was produced by Casablanca with the support of the Slovenian Film Centre and in co-production with RTV Slovenia (Documentary Programme) and Simon Sedmak.

Watch the film here (in Slovene only).

Miha Vipotnik (1954) graduated in painting in 1976 and in 1979 completed his postgraduate studies in video and television at the Academy of Fine Arts in Ljubljana. In the 70’s and 80’s, he created numerous artistic videos, intros and animations, directed art-related programs and has pioneered the experimental usage of video technology for the public television RTV Slovenia. Vipotnik is primarily a painter, whose images and stories materialize in a form of movies and video art. From very early on, he used video as his main medium of expression – either through a single-channel video or as a constitutive part of his multimedia and interdisciplinary projects and art installations. Electronic media experimenting and the actual performative process are among key features of his artistic praxis, through which he explores the impact of such image transformations within his narratives. His artistic language includes elements of performance with an emphasis on the significance of timing and the gradual unfolding of enigmatic personal stories into a palimpsest of images, inscriptions and speech. In 2014, he started working as a visiting professor of film and video at the Department of Digital Media, Cinema and Television at the Faculty of Fine and Applied Arts of USEK University in Lebanon and at the Académie Libanaise des Beaux-Arts ALBA in Beirut, where he teaches creative expression and art-related interdisciplinary studies.