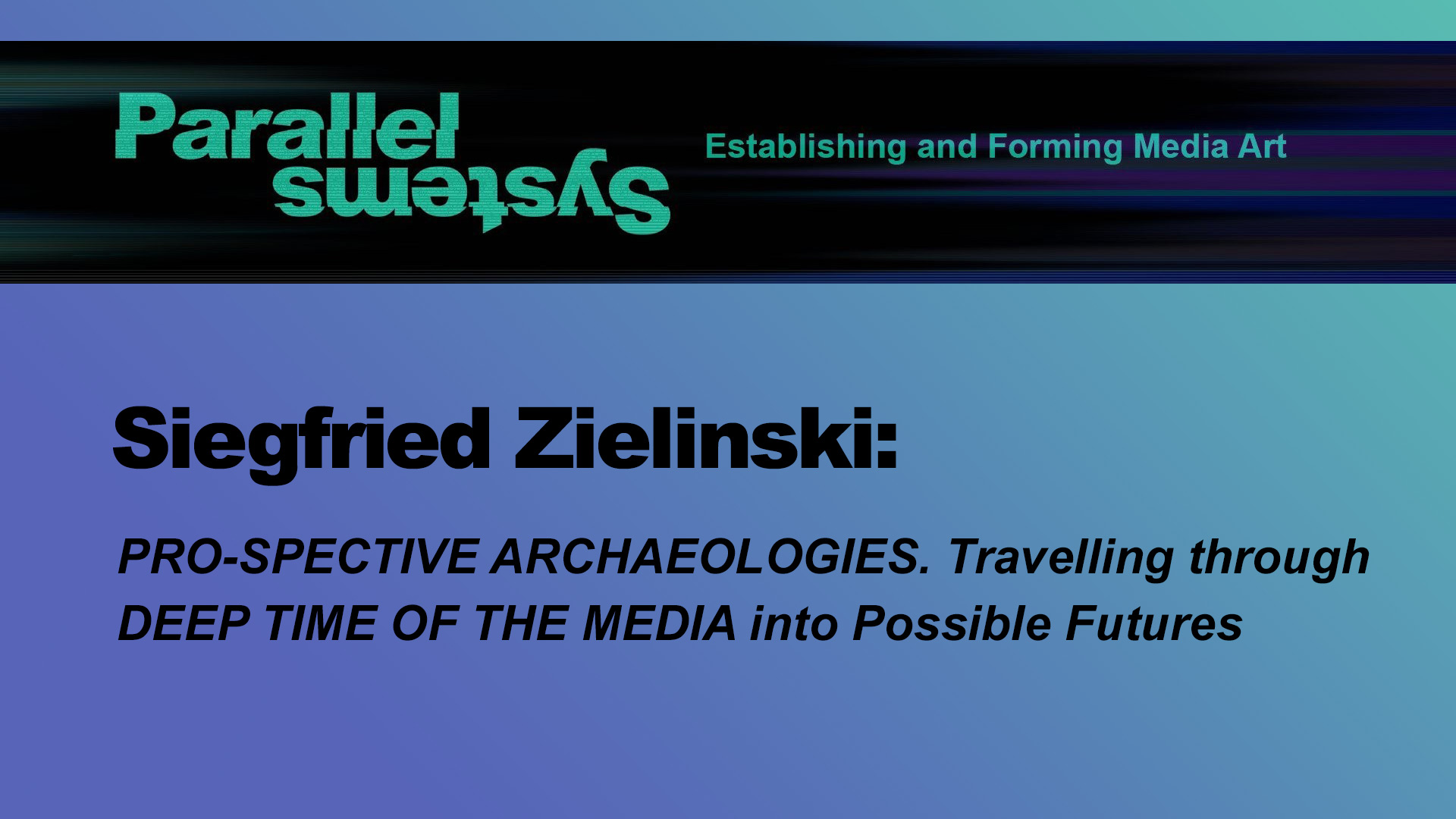 The seemingly paradoxical abstract mixtum compositum that is prospective archaeology consists of a practice that operates in accordance with two opposing arrows of time. One of these arrows is oriented vertically into the deep time of cultures that still remains to be explored and that, for me, is forever remade by virtue of interdependencies in the relationships among the arts, sciences and technologies. The other arrow points from the now into an enduringly and unremittingly opaque future. Where the utopian potential of media-archaeological activity and its associated artistic practices resides is in the possibility of bringing these two arrows of time into relation with one another, such that the passengers inside this particular time machine aren’t torn apart in the process. To keep on seeking and finding in the old only the locus of multiplicities and particularities which are no longer accessible because no longer existing is boring and inevitably leads to a profound melancholy. But to learn and intellectually profit from the heterogeneity and wealth of relations in past constellations, for the sake of future presents, is an alluring challenge. Only in this way can our experimental time machine become a generator of surprises.

Siegfried Zielinski is Michel Foucault Professor of Media Archaeology and Techno-Culture at the European Graduate School in Saas-Fee (CH), honorary doctor and professor of the Budapest University of Arts; until 2016 he was chair of media theory/archaeology & variantology of media at Berlin University of the Arts, and director of the Vilém Flusser Archive. He was founding rector (1994–2000) of the Academy of Media Arts Cologne and rector of the Karlsruhe University of Arts & Design. Zielinski has published numerous books and essays mainly focusing on the archaeology of media. In close collaboration with Peter Weibel he is also a curator of large format exhibitions at the ZKM Karlsruhe, such as Without Ground – Flusser and the Arts (2015), Allah’s Automata (2015), Art in Movement – 100 Masterpieces with and through Media (2018). Zielinski is a member of the Berlin Academy of Arts and the North-Rhine-Westfalia Academy of Sciences and Arts. (Photo: MONO KROM)

Series Parallel Systems. Establishing and Forming Media Art is organised by School for Curatorial Practices and Critical Writing World of Art (SCCA-Ljubljana) and Igor Zabel Association for Culture and Theory in partnership with the ŠUM journal, Goethe-Institut Ljubljana, The Cultural Center of the Embassy of the Republic of Hungary in Slovenia, the Balassi Institute Ljubljana, Museum of Modern Art/Moderna galerija and Trubar Literature House.

The programme is supported by: City of Ljubljana – Department for Culture, ERSTE Foundation and Zaklada Kultura nova.