The new season of VideoGarden (VideoDvorišče) events is starting with a guest programme by the Ecuadorian experimental filmmaker Jean-Jacques Martinod. Together with co-director and cinematographer Bretta C. Walker, they will present a selection of short films and the background behind their creation. A selection of poetic, meditative films addresses liminal emotional and spatial personal experiences and reflections on the coexistence of human and nature.

In case of rain, the screening will be held in the gallery. 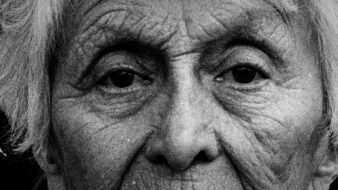 Datura’s Aubade (co-directed with Bretta C. Walker)
USA & Mexico, 2021, Super 16 mm, 17’
A farmer discovers a fallen meteorite in the high Chihuahuan deserts. The Alien Earth and the Earth Alien commingle under the spell of a deadly nightshade. 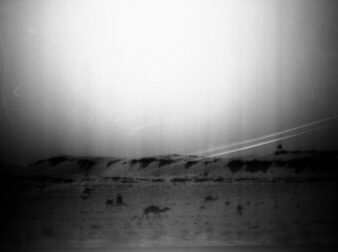 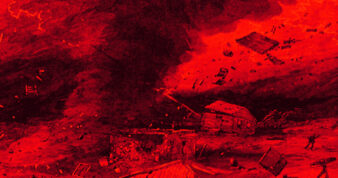 Before the Deluge
Canada, 2019, Super 16 mm & Hi-8, 38’
Within the ancient Precambrian rock of Northern Canada sits one of the largest reserves of uranium on the planet. A power that has yielded the largest destructive energy known to man, also manifests in the region’s harsh natural glory. A gothic travelogue that summons dialogue with ghosts of the region; abandoned mining towns swallowed within the pandemonium of extraction commerce and neglect, while also the liminal unknown forces that inhabit these lands and speak in shadow memories. 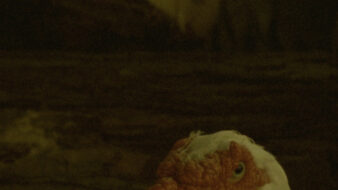 La Bala de Sandoval (Sandoval’s Bullet)
Ecuador, 2018, Super 16 mm, 17’
Isidro meanders through the rainforest while he and his brother recount the times he found himself face to face with death itself.

Bretta C. Walker is a practitioner of temporal, alchemical, and relational poetics. Her work is that of a deeply personal practice grounded by healing and liberated by process, often addressing liminality, somatic memory, passage, intimacy, and abyss.She was born and raised in the Blue Ridge Mountains of rural Appalachia (USA) and currently leads a nomadic life throughout Europe, seeking out and manufacturing temporary autonomous zones. She is a certified permaculture designer and budding herbalist of the Wise Woman tradition, spearheads the publishing project Evidence House, is represented by Vtape distributors in Canada, and holds a BFA in Studio Art from Tufts University. Her works have shown in various galleries and festivals across the Americas, Asia, and Europe and have been permanently archived in several institutional collections, including that of The International Center of Photography in New York.