Synoptic video program, entitled DIVA Station Presents III, was curated by Barbara Borčić, program advisor at SCCA-Ljubljana, head of video programs and video archive DIVA Station. Selection presents 17 video works which are divided into three parts: From analog to digital, From memory to fiction and From impression to digression. The program offers viewers a thematic entry into diversified materials held by our video and new media archive DIVA Station. From analog to digital presents works that each in its own way deals with television as an institution or the mass media, exploring its space, frequency and aesthetics. From memory to fiction with a selection of works deals and plays with memory, both collective and personal, and looking narratives that run on the border between reality and fiction. From the impression to digression consists of video works, based on an impression, which quickly turns into digresion. From the cityscape and highway walls, to the body and the urban sound, control and Photonic sound.

The premiere program was successfully introduced last year – at first on the West Coast in Los Angeles, in the LACE (Los Angeles Contemporary Exhibitions), then in Brooklyn (New York), where we were hosted by organization UnionDocs (unDo) Center for Documentary Art. Both projections were accompanied by a presentation by curator Barbara Borčić and participating artists Nataša Prosenc Stearns and Emil Memon, who live and work in USA. After projections Pawel Wojtasik (director and video artist) and Nancy Buchanan and Kathy Rae Huffman (artists and curators) also participated in the following discussions.

Curated video program DIVA Station Presents III will now have its debut for the local audience in the Slovenian Cinematheque – this time under section Kino-integral and at the invitation of the Asocciation Kraken, which is responsible for the promotion of short film. 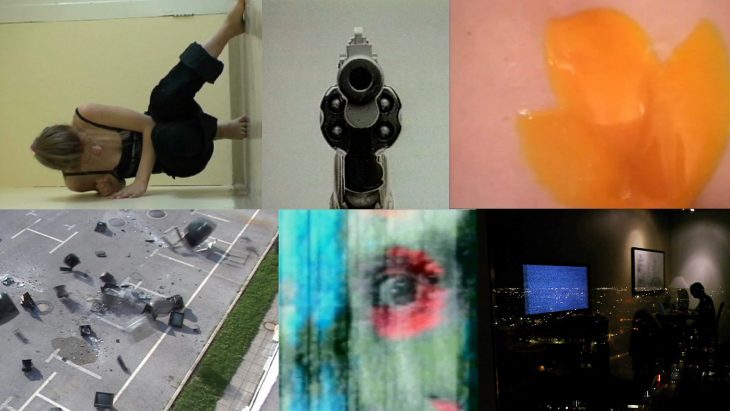 The program consists of 17 video works and is divided into three sections.

From analogue to digital

From memory to fiction

From impression to digression

DIVA Station is a compendium of projects that seek to explore, preserve and disseminate Slovenian video/new-media art. It is being developed since 2005 at SCCA-Ljubljanawith documentation and archive as well as research and curated programs that are accessible on-line and are open for cooperation. Today DIVA Station includes archive and mediateque with over 1000 video works by local and international artists, documents of events and works from European media archives.
We constantly add newly acquired works to the archive and promote an overall understanding of artistic oeuvre and video/media practices by organising discussions, presentations and exhibitions.
More: DIVA on-line, Videospotting

Barbara Borčić
Art historian and media theorist, advisor at SCCA-Ljubljana, Center for Contemporary Arts and head of video programs and video archive DIVA Station.  She is active as a curator, lecturer and publicist. She has regularly lectured and published texts, e.g. Video Art from Conceptualism to Postmodernism, Impossible Histories: Historical Avant-Gardes, Neo-Avant-Gardes, and Post-Avant-Gardes in Yugoslavia, 1918-1991(Massachusetts: MIT Press 2003); What Television Can Be, And What Artists Can Use It For, Amuse Me (Ljubljana: Mestna galerija, 2013); The ŠKUC Gallery, Alternative Culture, and Neue Slowenische Kunst in the 1980s, NSK from Kapital to Capital. Neue Slowenische Kunst – The Event of the Final Decade of Yugoslavia (Ljubljana: Moderna galerija & Massachusetts: MIT Press, 2015). She is the author of the book Celostna umetnina Laibach. Fragmentarni pogled [Gesamtkunst Laibach. Fragmentary View], (Ljubljana: Založba/*cf, 2013).