With projections once a month from January to June, the program will take us through a forty-year oeuvre of more than fifty works, from early analogues on celluloid and magnetic tapes to later digital ones on files and on online platforms. This will conclude the circle from early experimental processes to cinematic narration. The events will be accompanied by Screen Memory exhibition, Videogram 4 archive, lectures and talks with artist. In addition to the author, the program will include experts in film, video, new media and the author’s works: Melita Zajc, Nika Grabar, Barbara Borčić, Peter Cerovšek and Igor Prassel.

In the archive DIVA Station SCCA-Ljubljana keeps Vipotnik’s works and, in recent times, has been especially systematically researching, analysing and presenting them in the international space, as Vipotnik is an artist who has decisively marked the beginnings of video creativity in our country and also influenced the further development of film, video and media arts. We are proud that from now on Vipotnik’s oeuvre will be kept also in the archive by the Slovenian Cinematheque, in the best quality on LTO carriers. All this is a good reason for the joyful celebration, as it also promises to continue this kind of cooperation in the fields of display, critical reflection and preservation of important Slovenia audio-visual cultural heritage.

Miha Vipotnik is primarily a painter, whose images and stories materialize in a form of movies and video art. From very early on, he used video as his main medium of expression – either through a single-channel video or as a constitutive part of his multimedia and interdisciplinary projects and art installations. Electronic media experimenting and the actual performative process are among key features of his artistic praxis, through which he explores the impact of such image transformations within his narratives. His artistic language includes elements of performance with an emphasis on the significance of timing and the gradual unfolding of enigmatic personal stories into a palimpsest of images, inscriptions and speech.

Miha Vipotnik’s film / video opus opened with a program of early experimental and performative works, the Screen Memory exhibition and a two-channel video installation Eight. The centerpiece of the program belongs to Videogram 4 from 1976/79  that enters into the annals of Slovenian contemporary art as the beginning of experimental video and multimedia art. The archive showcase placed in the hall entrance presented also the production process, material carriers of image and sound, and other material of this complex project that was at first presented as installation and performance in the gallery, and only later as a single-channel video broadcast on national television. The screening was introduced by media theorist Melita Zajc who also led a conversation with the artist relating to the specific dimensions of his film and media practices. 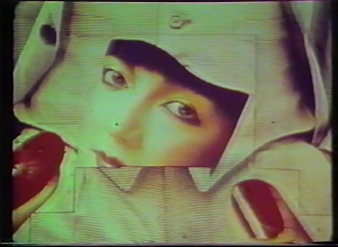 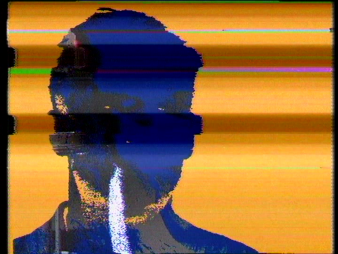 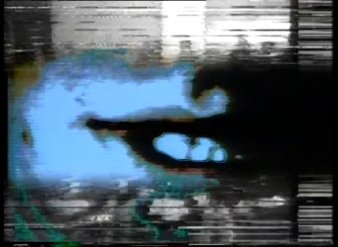 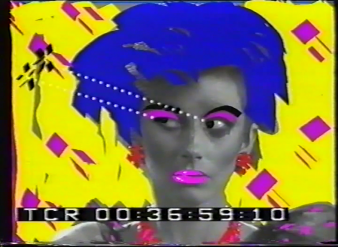 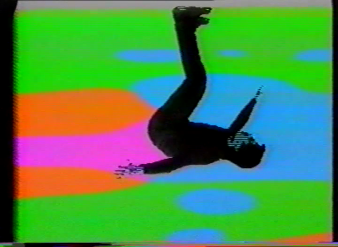 The carefully chosen coincidence of images in dialogue with the words evokes a series of associations and poetic figures. From the narrative of a talking head that transforms into the poetry of a montage cut and the found imagery that weaves a portrait of the poet, to the author’s cinematic staging of the poem itself. The program, presented in the style of a television scheme, is interrupted by the author’s advertising spots. 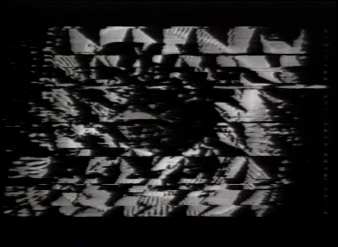 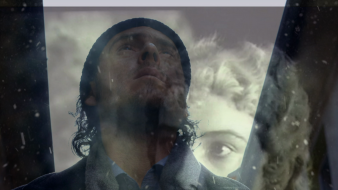 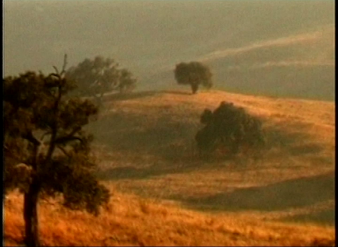 The March program consists of works from 1988 to 2015. Four videos / films, in one way or another, address the topics of personal and social control, an atmosphere of political instability and military interventions. This holds also for the author’s commercial linking the bank and the prison, for which he received The commercial won the Silver Stick Award at the Golden Drum International Advertising Festival in 1997.

The program will be introduced by Nika Grabar, a good connoisseur of Vipotnik’s oeuvre, who is also interested in a specific “video / space” that absorbs the viewer and also Vipotnik’s play with means through exploring technologies: He inserts mistakes into the system to make it visible. With the help of a “too good” use, read manipulation of media technologies, whether analog or digital, he keeps playing with the “dwarves” who regularly inhabit our daily lives.” 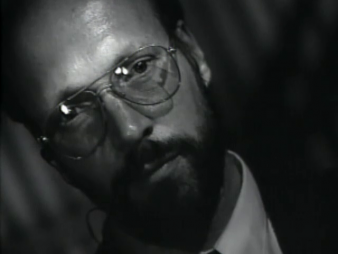 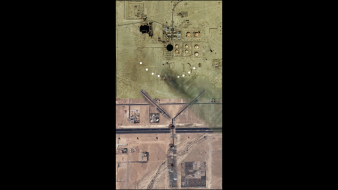 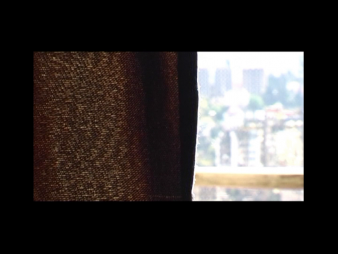 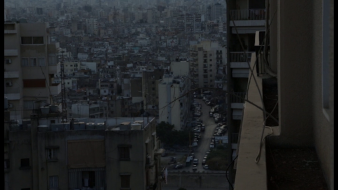 #stayathome In the light of the current pandemic we tried to make the program available online and worldwide. The links to separate films were available on Base of Slovenian Film in frame of their program »All (films) at home!«

The April program consists of music shows and music videos from 1981 to 2001. Namely, Vipotnik also realized numerous programs of popular and alternative music as part of his creative activities on RTV Ljubljana and later on RTV Slovenia. In collaboration with the musicians, the recordings of concerts and music videos were created, characterized by atypical audio-visual experimentation and manipulation of the electronic signal. 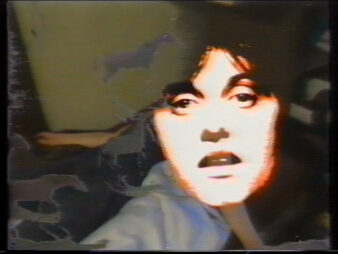 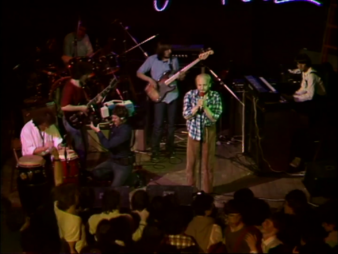 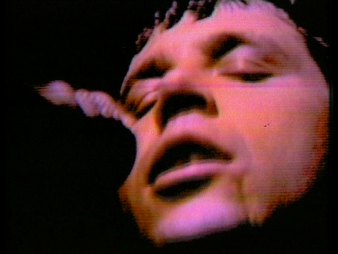 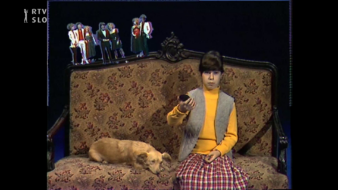 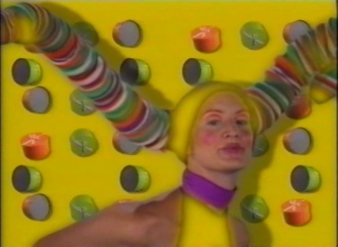 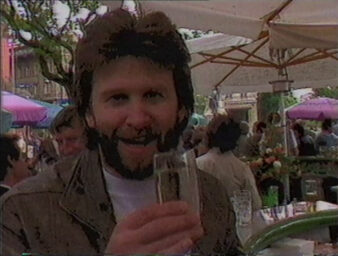 In the light of the current pandemic, we are trying to make the program available online and worldwide. The links to separate films were available on BSF – Slovenian Film Database. Later, in June, we were able to repeat the program in the Slovenian Cinetheque

The May program with works from 1988 to 2004 demonstrates how experimental practice can also occur where we least expect it. As a parallel product in collaboration with an art project, as a document of an interactive multimedia installation, which itself performs an experiment, or as an experimental and polemical narrative of film making, interwoven with music that by its musical procedures broke the norms that had hitherto been accepted. The procedural nature of narrative and experiment, which in a poetic way triggers a series of associations, is thus also characteristic of Vipotnik’s interpretation of the play scenes. The camera paused and mounted the image is his distinctive creative technique, the author’s signature of his experimental audiovisual practice. In addition, he constantly tests the boundaries of space and medium and imposes new features on it. 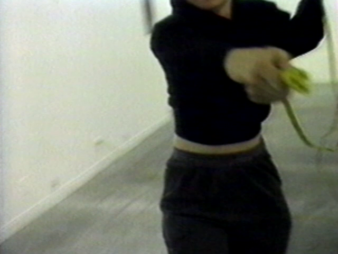 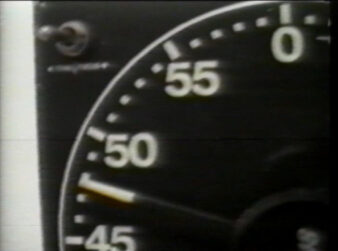 Video 8 Sketch Tape No. 1 + No. 3
USA, 1988, Video 8, U-matic, 4:3, colour, 2’30”
» video + » video
No. 1 – A video sketch of the performer Dee McMillan and her project Log On poetically discusses the undeniable human freedom of creation. An insignificant sound from the background triggers a flow of associations and changes the course of editing. The banality of electricity cable is erased with a metaphor of umbilical cord and at the same time the cable defines the duration of the video.
No. 3 – The mechanical measurement of time presented by a non-functioning clock is the background for the circling of the camera, and thus for the measuring of time. Noises of hammering and of editing procedures are heard in the background. The circling of the camera rhythmically cuts the frozen image. The suspense is growing and the image changes into a female body with the sounds from the background. A movement of the prone body, like the stretching of a ballerina’s legs, gives the impression of lightness, which is emphasised by the upside-down shot and the rhythm of the camera, and accompanied by the heavy sound of an iron drawer closing. 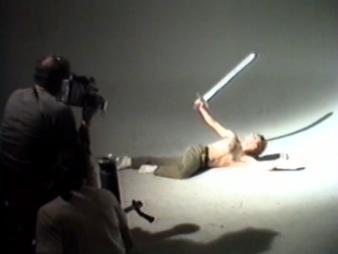 Did You Say Action? (Taco Cheap, Taco Deep)
USA, 1989, Video 8, U-matic, 4:3, colour, 16′
» video
Documentation of the shooting of a video film by George Kuchar: sequences of incidental shots from the backstage, edited directly in the camera. 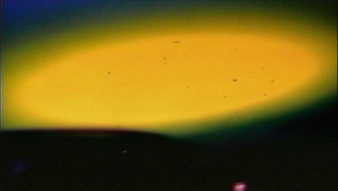 Atmosphere
Slovenia, 2004, digital, 16:9, colour, 10’14”
» video
The documentary video presents an interactive multimedia visual-audio installation by Miha Vipotnik (Grand Atrium and Gallery, Eurocenter, Ljubljana, 2004). It consisted of a large lantern with the digital composition (20×9 m, double-sided printing on a translucent screen), stage elements, computer print and video projection on the walls of the gallery, light sensors, interactive sound program for the atrium, gallery, and elevators, sound composition from excerpts from Gustav Mahler’s symphonies and real sounds from the environment. Viewers moved through space between countless light sensors and interactive audio programs. 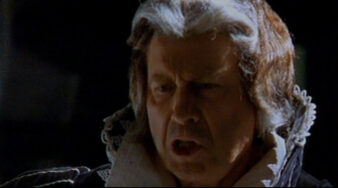 Power of Destiny
Slovenia, 2001, Super 16mm film, 4:3, colour, 51′
» video
The work was made in 2001 and 2002 marking the centennial of Giuseppe Verdi’s death. The power of destiny is an experimental and polemic story about the making of a film intertwined with music by the Italian giant of classical music Verdi and his contemporary Wagner, who demolished the until then accepted norms with his musical procedures. The film itself also provocatively questions high and popular art, opera, and film creating a relationship, which through the questions about film language refers to Slovene TV production and it’s dilemma (the dilemma of a producer) about popularity and the demand created by ratings on one side and the artistic programme, which satisfies high aesthetical measures (the rapture of Wagner-like screenwriter) on the other.

Miha Vipotnik (1954) graduated in painting in 1976 and in 1979 completed his postgraduate studies in video and television at the Academy of Fine Arts in Ljubljana. In the 70’s and 80’s, he created numerous artistic videos, intros and animations, directed art-related programs and has pioneered the experimental usage of video technology for the public television RTV Slovenia.
Together with Marie Claude Vogrič, he was a co-founder and the Director of an international biennial video festival VIDEO CD in Ljubljana (1983-1987), during which a significant number of Slovene and international video art works were created with the state-of-the-art technical equipment in impromptu studios. From 1987 until 1991, he received a Fulbright stipend for his master’s studies of Film and Live Action at the California Institute of the Arts in L.A. During this period, he established the XYZX Production, through which he collaborated with TV stations and film studios across the globe. In 1994, he began managing the Long Beach Museum of Art Video Annex and with Elayne Zalis, he co-created the concept for digitization of their significant video collection in order to make it available online. This collaboration also resulted in numerous art installations and video art projects produced for international artists. LBMA Video Annex priceless collection of video art is now part of The Getty Museum and the Getty Research Institute’s Art Video Archives.
Since 2002, Vipotnik lectured through video art workshops in Mongolia, Kyrgyzstan, Lebanon, Croatia and Slovenia. In 2014, he started working as a visiting professor of film and video at the Department of Digital Media, Cinema and Television at the Faculty of Fine and Applied Arts of USEK University in Lebanon and at the Académie Libanaise des Beaux-Arts ALBA in Beirut, where he teaches creative expression and art-related interdisciplinary studies. (Photo: Bojan Brecelj)