In 2013, we prepared two events: in June, in collaboration with artists’ initiative OFFTIR project Liminale and in August with Cirkulacija 2. They both use various formats of expression and deal with diverse concerns due to their loose structure that is based on the principles of collective work and is open for different – also international – collaborations. Among other aspects, OFFTIR and Cirkulacija 2 – likewise the Studio 6 team – focus on evolving new modes of collaboration between protagonists of the contemporary art scene, differentiated from the standard practices. They encourage exchange of knowledge, confrontation of different opinions, equality of all participants of the artistic process, and set-up of international collaboration or production. While observing the modes of operation of the OFFTIR and Cirkulacija 2, we have discerned several links between them, among them also two modes of operation, DIY (do it yourself) and DIWO (do it with others). With linking different knowledge and capabilities, re-usage and recycling of the material and mostly with flexibility in search for new possibilities of artistic creation, these two practices enable a certain point of intellectual independence and self-sufficiency. In the time, when one feels that work space in the world of (contemporary) art is shrinking, modus of operation of these two initiatives offer new possibilities of its opening. 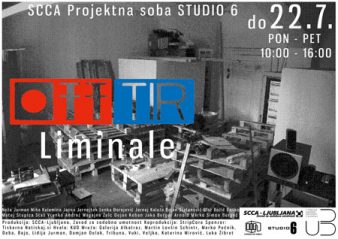