A presentation of the film / video opus of Miha Vipotnik from 1974-2018
Screenings, exhibitions, lectures and talks

We continue with Faces of Analogue / Quantisation of Red, a presentation of the film / video opus of Miha Vipotnik from 1974-2018. A closing event in September will be back in the Slovenian Cinematheque.

The program will be introduced by a conversation with Miha Vipotnik and accompanied by a presentation of the project of joint archiving of video and film works by SCCA-Ljubljana and the Slovenian Cinematheque. Apart from the author Miha Vipotnik, Barbara Borčić, Peter Cerovšek and Igor Prassel will participate in the event.

Miha Vipotnik’s Screen Memory exhibition will be on view again in the cinema hall until mid-September.

We look forward to seeing you!

The September program with works from 1987 to 2013 shows how experimental practice can occur even where it is least expected. As a document, archival collection, or portrait, which actually are not what they seem. Documentary and archival recordings, objects and images are arranged anew and form a visual-sound composition. With innovative approaches, with word and language, Miha Vipotnik intervenes in the space of subtitles and intertitles and crosses the traditional field of image and sound in the medium of film and video. The text acts as a symbol, image and carrier of the message and co-creates the author’s personal mythology. 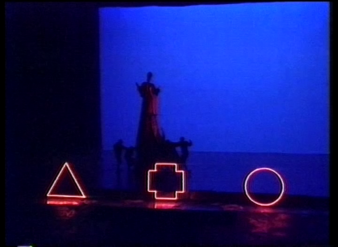 Baptism under Triglav
TDS Magenta, RTV Ljubljana and Cankarjev dom, Slovenia, 1987, digital format (recorded on U-matic, 1’’ Open Reel), 4:3, colour, 23’
» video
Author’s video document on the theatrical play of the same name by the Theatre Sestre Scipion Nasice, staged at Cankarjev Dom in Ljubljana in 1986. It was based on the Slovene mythological narrative of the Christianization period and at the same time in the language of performative, music and art attractions, typical also for the other two groups of the Neue Slowenische Kunst Collective who also participated in the performance: Laibach (music) and Irwin (visual image). The aesthetics of this retro-gardist event also included images from the Russian avant-garde, such as Tatlin’s constructivist Monument to the Third International, Malevich’s Cross, and so on. 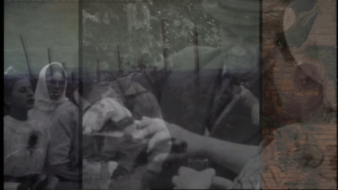 Time of Aliquot Parts
SEM, Slovenia, 2013, digital format, 1:85, colour, 12′
» video
Video/Video/Film was commissioned for the 90th anniversary of Slovene Ethnographic Museum and it shows the wealth of museum’s collections from different geographical regions. It uses various audio-visual material: film and audio documents/footages are reused and edited to form audio-visual composition that presents through fragments a story of culture and creates material and immaterial fusion of memory. 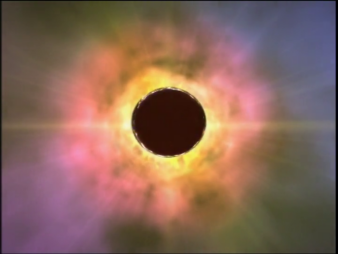 Man of Hearken
RTV Slovenia, 2008, digital format (recorded on HI8, Beta SP), 16:9, colour, 19′
» video
Experimental video and video-audio composition is a portrait of a composer Bor Turel, one of the most noticed Slovene composers of experimental and electroacoustic music. Vipotnik deals with sound in connection and comparison with image through the work of the composer. He explores it and searches for its meaning. The musical score becomes part of the visualization, where the texts displayed on the screen animate the visual sensations of various shapes and letter systems. They are constantly producing and creating new anagrams, words, thoughts and quotes, sometimes even animated computer models and objects.

The program that for the first time puts Miha Vipotnik’s film / video opus on display and for consideration by experts and the general public was prepared by SCCA-Ljubljana and the Slovenian Cinematheque in cooperation with TV Slovenia. With projections once a month from January to June, the program will take us through a forty-year oeuvre of more than fifty works, from early analogues on celluloid and magnetic tapes to later digital ones on files and on online platforms. This will conclude the circle from early experimental processes to cinematic narration.

In the archive DIVA Station SCCA-Ljubljana keeps Vipotnik’s works and, in recent times, has been especially systematically researching, analysing and presenting them in the international space, as Vipotnik is an artist who has decisively marked the beginnings of video creativity in our country and also influenced the further development of film, video and media arts. We are proud that from now on Vipotnik’s oeuvre will be kept also in the archive by the Slovenian Cinematheque, in the best quality on LTO carriers. All this is a good reason for the joyful celebration, as it also promises to continue this kind of cooperation in the fields of display, critical reflection and preservation of important Slovenia audio-visual cultural heritage.

Co-production: SCCA-Ljubljana/DIVA Station and Slovenian Cinematheque
In cooperation with RTV Slovenia and Slovene Ethnographic Museum.
Supported by: City of Ljubljana – Department of Culture